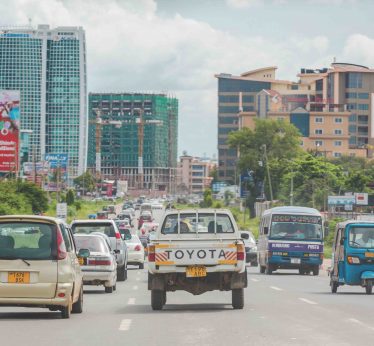 The Coalition’s programme in Tanzania supported the national government’s efforts on urban policy making, with an emphasis on ensuring inclusive and sustainable urban development and identifying a lower carbon pathway to address climate change. The programme developed a Roadmap to inform the country’s Urban Development Policy (UDP). The Roadmap was designed to support national decision-makers in Tanzania to move forward and better coordinate a centrally driven approach to improve more cost-effective urban service delivery, and to use urbanisation as a tool for structural reform of the economy and to support development.

The roadmap—Harnessing Urbanisation for Development: Roadmap for Tanzania’s Urban Development Policy—was launched jointly with the Government of Tanzania in August 2019.

To achieve this, the Coalition initially formed the Tanzania Urbanisation Laboratory (TULab), a community-convened national initiative that brought together stakeholders from a variety of sectors and levels of government. It was chaired by Tanzania’s Ministry of Finance and Planning (MoFP) and coordinated by Tanzania’s Economic and Social Research Foundation (ESRF). The African Centre for Cities provided overall guidance and technical support for the Tanzania programme

The TULab collaboratively produced key analyses relevant to decision-makers and developed the roadmap to inform action-oriented policy recommendations. The TULab gained credibility for its critical and constructive dialogue on Tanzania’s urbanisation challenges and opportunities. It also established a community of practice that continues to meet and address critical issues facing cities in Tanzania.

This roadmap will act as an aid in the creation of an urban development policy, highlighting the new institutions and policy innovations that will be necessary if the growth of Tanzania’s urban spaces is to drive national development and ensure climate safety.